Time for a bit of personal nostalgia…..

It seems so long ago now when I used to traverse,
London’s famed streets, in elegant offices converse
With those revered professionals, who challenged my mind,
Sharing a respect for each other, ethics of a similar kind.
When my decisions, my actions, influenced a business’s fate,
With thousands of employees, a truly burdensome weight.

On the corner where St James’s and Jermyn Streets collide,
34 above the door, Piccadilly just a short stride,
At that prestigious location, as part of a professional team,
My opinions carried weight, I was held in esteem;
And over 8 challenging years, as my influence grew,
The City’s leading lights became the people I knew.

So much younger than my peers, sometimes known as “The Boy”,
A term of endearment that I came to enjoy,
Still in my early thirties, the youngest ever Board member,
I hope my skills, not my age, is what people remember.
An amazing time, before life took another direction;
I look back on those days with such pride and affection.

I haven’t used a fountain pen for longer than I care to remember, and I forgot just how nice it feels. It is slightly more inconvenient than a ballpoint pen or a pencil, but I’m sure that I can learn to live with that; until I spill the bottle of ink, that is!

I found an old fountain pen,
Alas, it had run out of ink,
But I was lucky to find a store
Selling Parker’s famous black Quink:
Now I’m writing with that pen
And it’s oh, so much better,
Resulting in an overwhelming feeling
To write someone a letter.
I can’t remember the last time
I sent anything hand written by post,
Letters are typewritten then printed,
Although I use e-mails the most;
Not forgetting about social media,
Facebook and WhatsApp now the thing,
But the satisfaction of hand writing
Electronic communication can’t bring.

Scientists who study the sun are pretty certain that at sometime in the future there will be bursts of solar radiation so strong that they will disable all satellites, maybe for a few minutes, or hours, or days, or even longer…. 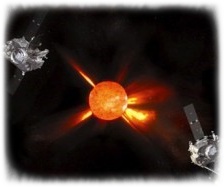 What would we do if the internet died?
A burst of solar radiation, all satellites fried,
Useless mobile phones, no signals detected,
Facebook, You Tube, WhatsApp disconnected.

No bank transactions, no salaries paid,
No card facilities, no purchases made;
Selfies taken that you just couldn’t send,
It would seem like the world had come to an end.

Billions of records that no one could access;
Governments and businesses in turmoil and mess.
With digital connections being totally destroyed,
Old school techniques would need to be redeployed.

But those skills are forgotten, or have never been learned;
We’d have to think for ourselves, but that rulebook’s been burned.
By surrendering control to orbiting satcoms
We’ve exposed ourselves to ticking time bombs.

I hope I’m not around to weep and lament,
Witness the chaos and mayhem of this forecast event;
Humanity in a  mess from an internet freeze,
Lost and confused in a world brought to its knees.

None of us are getting any younger, but as you progress through your seventies  you begin to reflect on just how many more years you actually may have left…

Maybe ten more summers, I hope there are more,
But nothing is certain, nothing is sure.
And at the end of those summers, when the lights fade,
Too late then to regret decisions not made.

Maybe ten more summers, so what should I do?
Stick with the old or try something new?
Another adventure, before I’m too old,
Create some new stories, which to friends can be told?

Maybe ten more summers, our lives are so short,
That time passes so quickly is not something we’re taught,
Feels like only yesterday those teenage years,
No old age thoughts then, no nagging fears.

Maybe ten more summers, choices need to be made,
But with age we lose confidence, become more afraid;
And what if that ten becomes twenty, or more?
If only I knew what life had in store.

Maybe ten more summers, is the time now or never
To stop being so wise, to dispense with the clever?
Is it time to be carefree, just live for the day,
Before my summers are all taken away?

One of the saddest sights in South African townships are the large number of neglected, hungry and maltreated dogs that roam around. 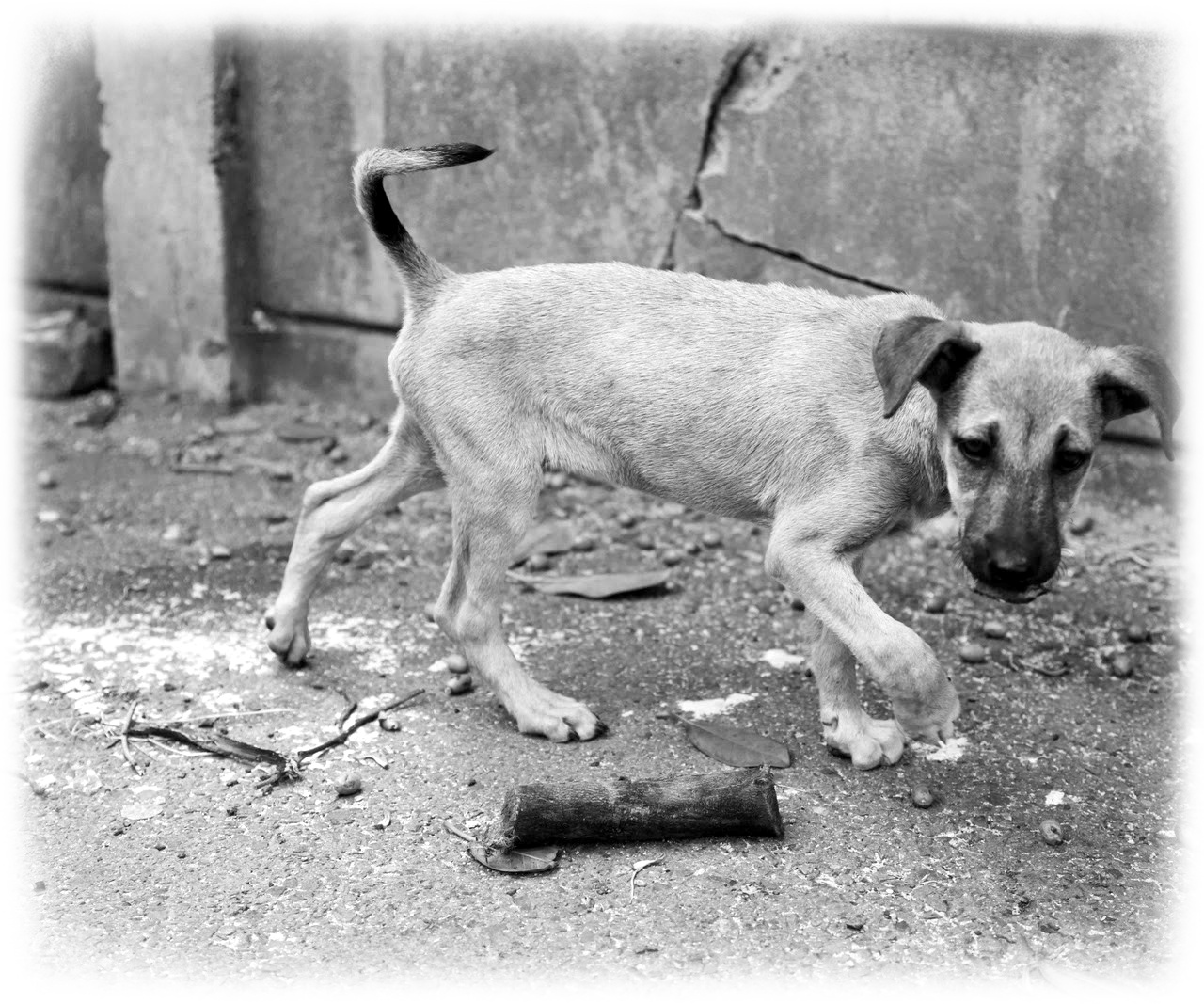 I don’t have a name,
No one ever loved me that much,
And from when I was a pup
I’ve known no gentle touch;
You see I’m a township dog
And ever since my arrival
My days have been spent
Fighting just for survival.
No bowls filled with food,
I scavenge scraps instead,
And I sleep where I can,
There’s no comfortable bed.
I’m often unwell,
But there’s no vet to arrange,
I’m covered in fleas
And my coat’s full of mange.
The long winter’s nights,
I find nothing is worse,
Those freezing cold winds
Are this thin dog’s curse.
I keep out of the way,
Or else I get kicked,
And for illegal dog fights
I hope I’m never picked.
At avoiding deadly traffic
I’ve become quite adept,
A parental skill
I’ve thankfully kept.
I don’t know another life,
Being part of a home,
Being loved and cared for,
Not being left just to roam.
As kindness is not something
I’ve ever known,
Then trust is not something
I’ve ever shown.
But who cares about me?
Why should I be saved?
I’m just a township dog,
Alone and afraid.

Here’s one New Year resolution that I know I will keep. 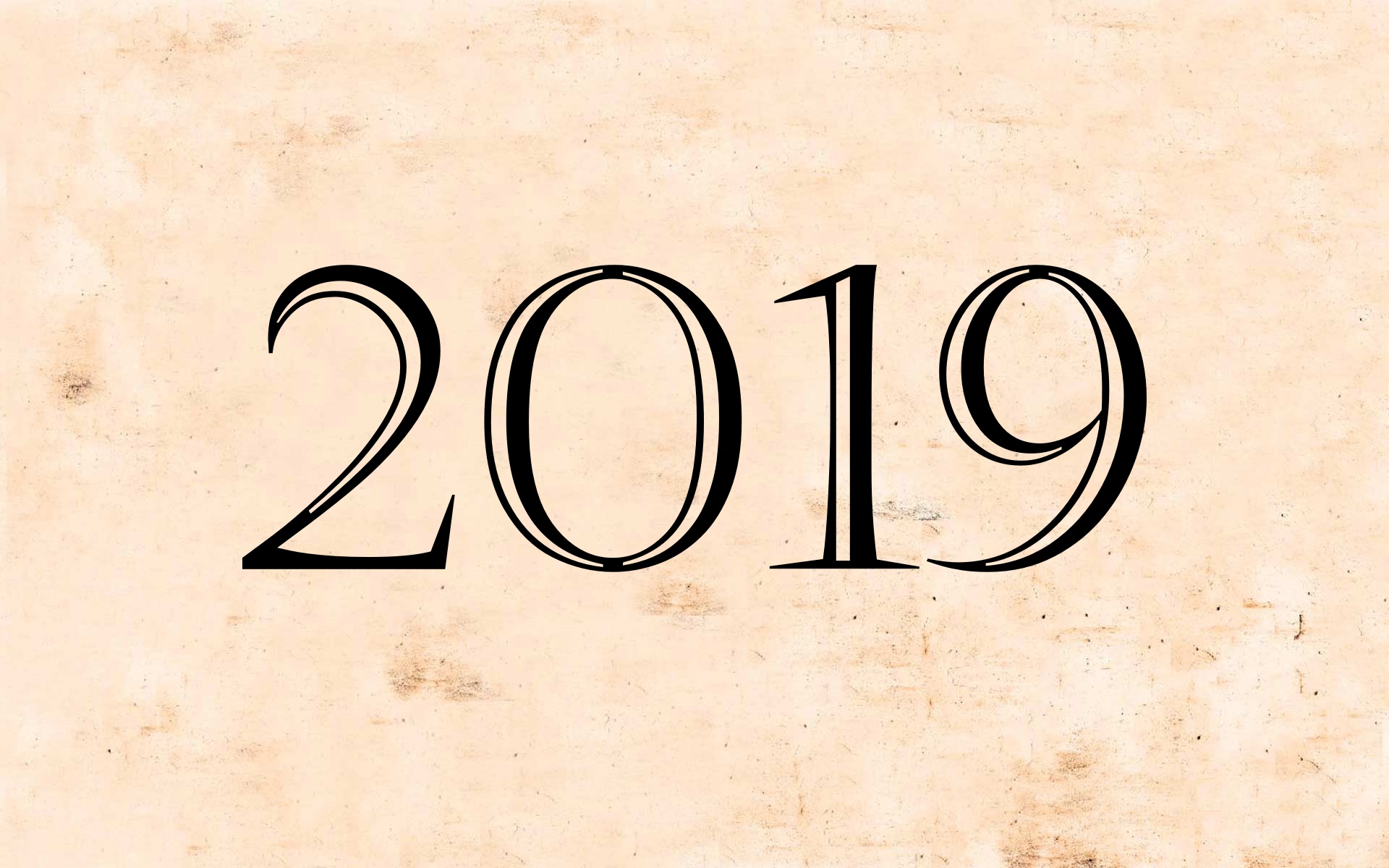 My New Year’s resolution
Is perfectly clear,
It’s not to make resolutions
For the New Year.
Self-promises made,
Like some ritual token,
No matter how earnest
Are sure to be broken,
Leading to frustration and guilt,
Such bitter pills to swallow,
So tradition, I’ve decided,
Is not something I’ll follow.

We’ve made our escape…..have you? 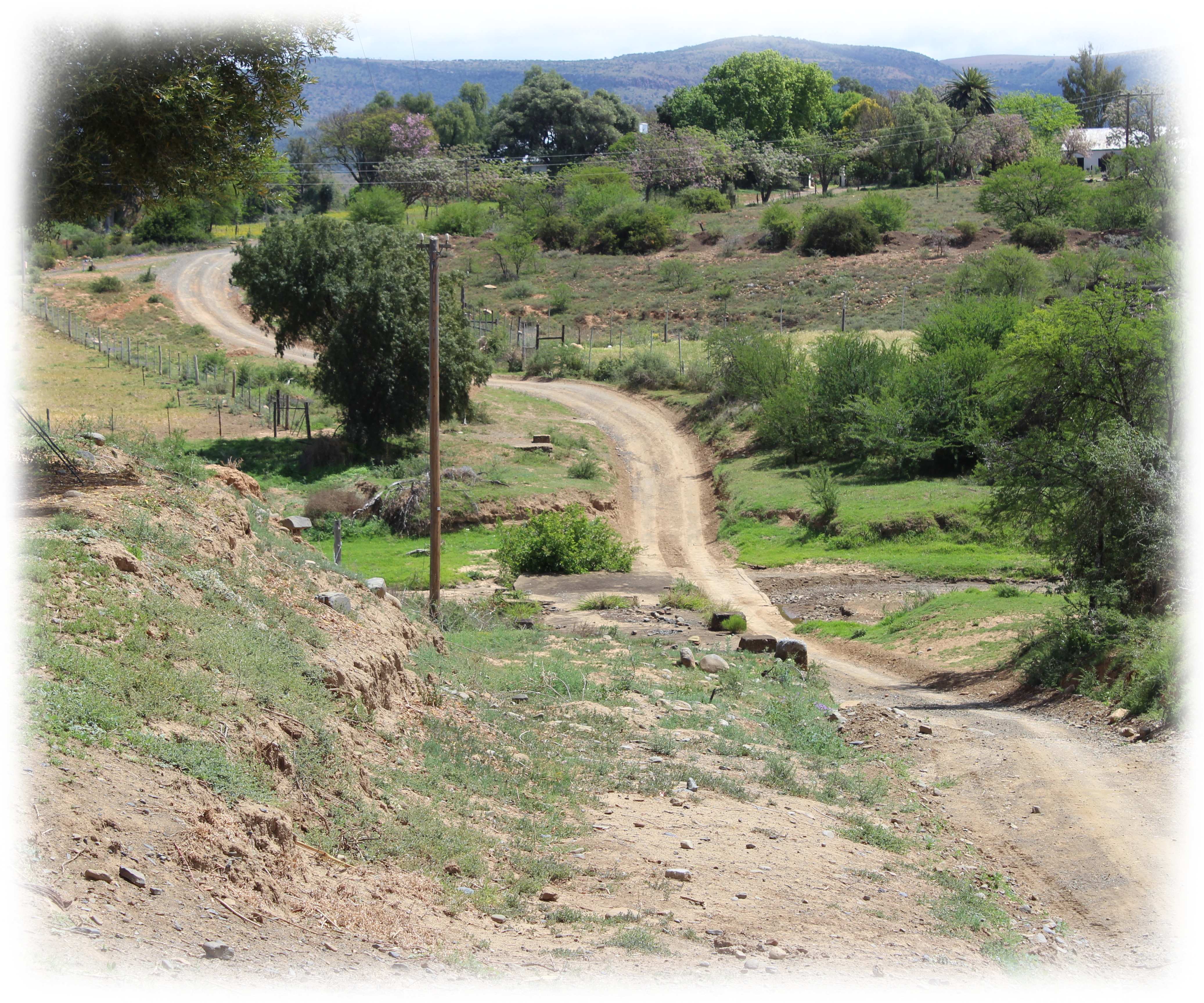 Away from drab buildings,
Uninteresting places,
Away from the graffiti
That so often defaces.

Away from the crowds,
The commuting lifestyle,
Away from grey faces
That never smile,

With fresh air to breathe
And bird song to hear;
And people with time,
Life drops down a gear.

I found writing this to be quite time consuming! 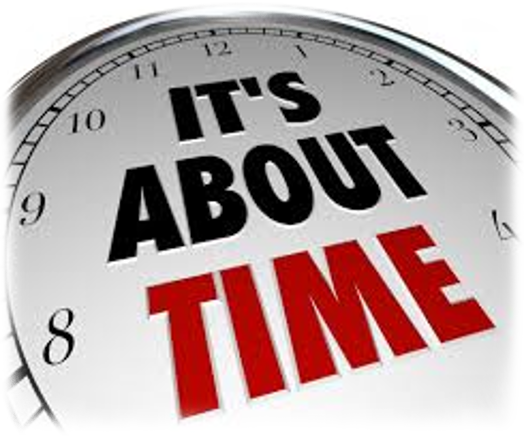 Time wraps us all
In its invisible cloak,
You can’t throw it off,
It’s a lifetime’s yoke;
Sometimes a friend,
Other times it’s a foe,
When it moves quickly,
Or when we think it moves slow.
When it works with us
We say time’s on our side,
But when time’s against us
There’s nowhere to hide.


Time rushing by,
Or time dragging on,
And when it gets lost
We ask, where’s the time gone?
When we feel generous
We have time to spare,
But when we’ve no time
There’s nothing to share.
We create time for people,
Or give them no time at all
And when we forget
We ask for time to recall.


When we want to track time
We build a timetable
And we try to save time,
Whenever we’re able.
We claim it can stop
When we say time stood still,
Yet we seek its demise
When we have time to kill.
We say time is short
When we don’t have too long,
And if we’re “doing time”
Then we’ve done something wrong.

By taking less time
We can hasten an endeavor,
But if something is timeless
It just lasts forever.
Time can run through our fingers
Like the dessert sands,
But when it stops flowing
We have time on our hands.
And by asking you to read this
It’s your time I am using;
That cloak that surrounds us
Can be very confusing!

I enjoy taking photographs, but I still like to capture my pictures in my verse… 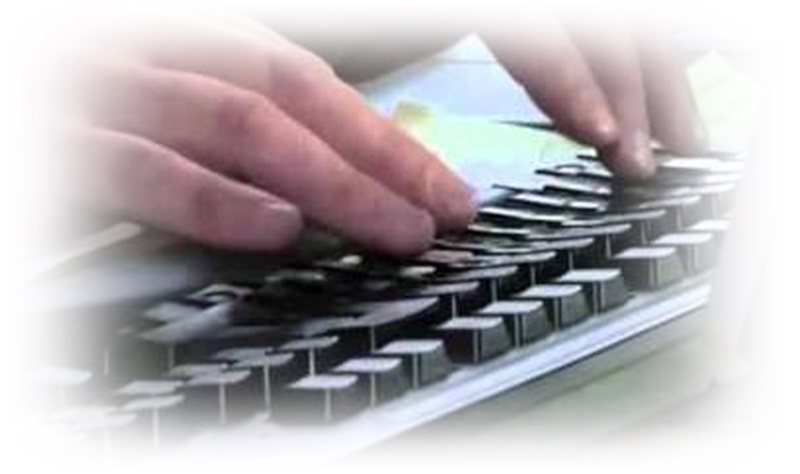 I use my keyboard, not a camera,
To catch a moment in time,
Rather than stroke brush onto canvas
I paint images in rhyme.
Scenes captured in verse
Can express more of the feeling,
Than a mere digital image
Will ever be revealing.

Can a camera really capture
The mood of the day,
Describe the feel of the breeze
That makes the trees sway,
Or tell of the scent
Of jasmine in the air,
Or the movement of clouds
That say rain might be near?

Can it capture the silence
When there’s not a sound,
The tranquillity you feel
When no one else is around?
Can it describe the warm glow
Of a blazing fire,
Or that taste of hot cocoa
Just before you retire?

So to preserve an image
Or to capture a view,
I reach for my keyboard,
It’s just what I do.

Aye, we had proper trains then
That bellowed out smoke and steam,
And to stand on the plate, driving one of them beasts,
It were every little boy’s dream.

Water filled boilers by coal furnaces fired,
So the pistons and rods could be driven,
Those mighty engines, chuffing and puffing,
Setting giant wheels into their rhythm.

Masterpieces forged out of iron and steel,
Reflections of that industrial age,
Not soulless and sanitised, regulated creations,
That now have become all the rage.

Them carriage doors you had to slam shut,
Never designed to keep out the weather,
And windows you needed to pull right up
With a strap that were made out of leather.

And heaven forbid if them windows weren’t tight
As the train went into a tunnel,
Then you’d be coughing and spluttering and cursing the smoke
Belching out of the hot sooty funnel.

Each journey were an adventure, I suppose you could say,
Today’s stainless steel and glass just can’t compete,
As you sat there rocking from side to side,
In your deeply sprung, strange smelling seat.

And the joy of trainspotting as we gathered together
Chatting in eager anticipation,
Platform tickets in hand, with our pens and our books,
Waiting at some main line station.

All trains carried numbers, but it were them that were named
That we were all so anxious to see,
And if they had blinkers fixed to their sides,
Well, it were like we were in ecstasy.

The City of London, Lady Macbeth,
Sir John Moore and Sir Galahad,
The Red Knight, Camelot and Union Castle
Some of the names that them proud engines had.

But them days are gone, that age of steam,
Now it’s all diesel and electric,
But I’ll never forget them glorious monsters,
Hissing steam and looking majestic.