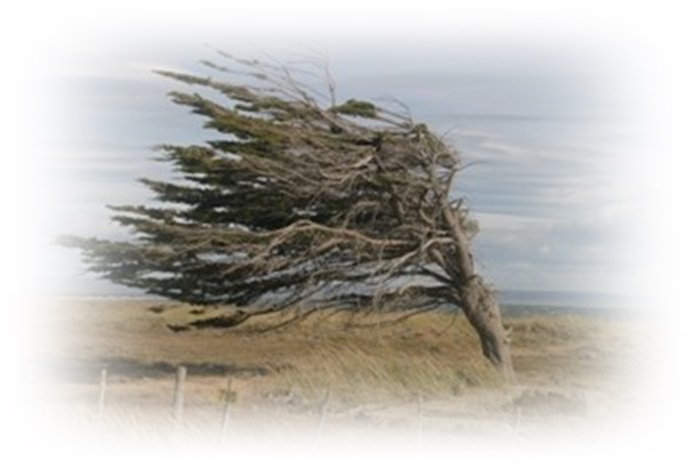 A fierce berg wind is blowing,
Driving across The Karoo,
The parched, punished ground
Being savaged anew,
As the last drops of moisture
From the withered plants wrung
While the trees forced to bow,
Their heat weary heads hung.

It may be a sign of a weather change,
Brought on a by the wind that blows hot;
Maybe it might bring some much needed rain
My head says probably not;
But my heart still hopes that I am wrong
And the wind will bring relief;
Until then the berg wind continues to howl,
The moisture stealing thief.

And still no sign of the rain that we desperately need….. 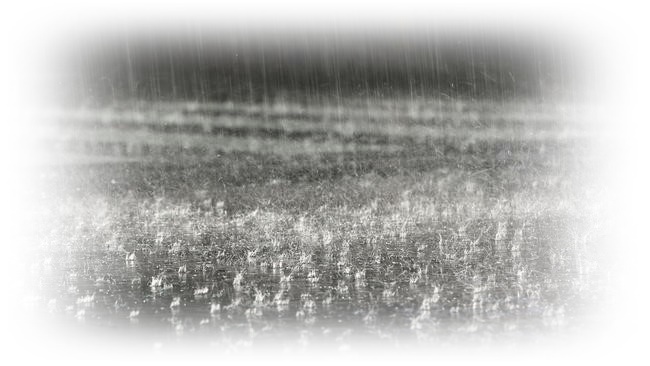 Maybe tomorrow the rain will come,
Maybe tomorrow we’ll hear the drops drum
On the tin roofs, so tortured by heat
And so desperate to feel those rain drops beat.

Maybe tomorrow we will feel on our face
Those long cooling drops falling from space,
Soaking the ground as well as our clothes,
Maybe tomorrow, but who really knows.

Maybe tomorrow the farmers can smile,
As the rain comes after such a long while;
Stock they can’t feed, crops wilt and die.
They say rain tomorrow, but is it a lie?

Maybe tomorrow, the forecasters say,
But with our emotions they must never play,
For once they just need to get their facts straight,
As for the rain we all anxiously wait.

Maybe tomorrow we’ll wake up to feel
The cooler weather as the dark clouds steal
Across the blue sky, promising us that rain,
Maybe tomorrow, but are we hoping in vain? 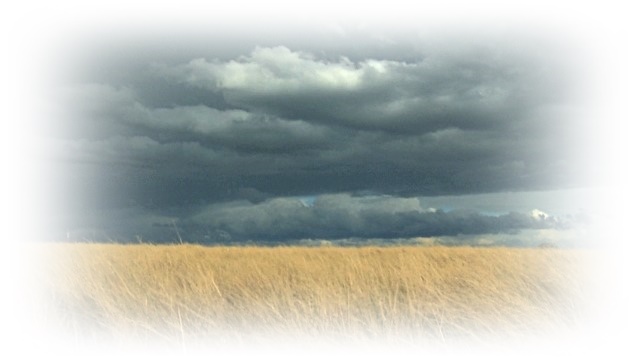 The weather’s heavy today,
Think I’ll stay indoors;
Don’t get on with heavy weather
So I’ll put my day on pause.
Grey and oppressive,
Thick humid air,
Hopefully bringing rain,
But I don’t know from where.
A warm night in prospect
If we don’t get a breeze,
A stoep sitting night
Downing a few long iced teas
And hoping that tomorrow
Freshness returns once more,
Until then this heavy weather
Is such a pain to endure.

A knight in shining armour, how many women dream of finding theirs? But he can come with baggage, in this case it’s his shining armour! 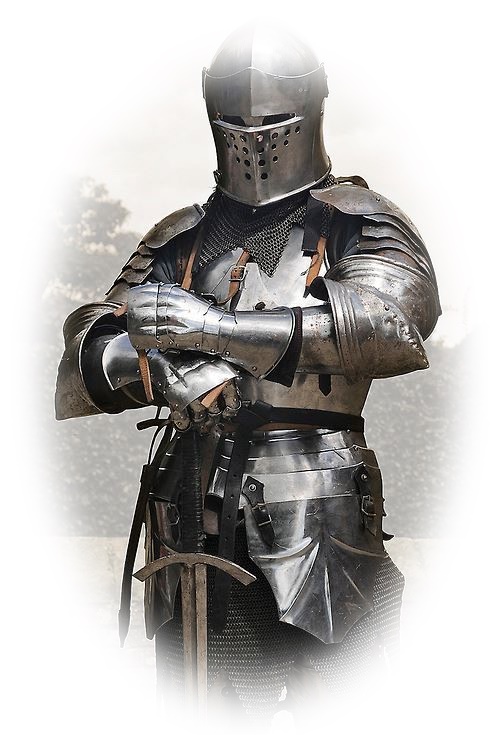 I was reading the stories of the days of King Arthur,
And the woman he loved dearly, the beautiful Martha;
Of his acts of gallantry, a chivalrous armour clad knight,
But of how in the bed chamber things were not going right.

You see it took him so long to remove his armour plating,
That Martha fell asleep, while she was waiting.
So a plan he devised, to keep Martha sweet,
He wouldn’t need armour if he chose to retreat.

If the enemy couldn’t catch him he’d not have to fight,
And he’d be ready for Martha, Oh! what a good knight!
But his planned battle tactics upset the Lord Howard,
Who accused our good king of being a coward.

And he challenged King Arthur to a duel with the lance;
Now with no battle armour, Arthur stood little chance,
So he got out his armour, dusted it down,
Put on breast plate and helmet, after removing his crown,

Arthur met with Lord Howard in a field after dawn,
(To keep this from Martha all were solemnly sworn).
The duel did not last long, only two charges they said,
Before the Lord Howard, in the long grass lay dead.

Removing breast plate and helmet he went back to his Martha;
And no one ever again dared to challenge King Arthur.
The moral of the story; “When your knight you do find,
Make sure he leaves his shining armour behind!”

Sunsets are just so magical….

Clouds at sunset
In a settled sky,
No longer drifting,
Just happy to lie
And melt into the sunset
With subtle changes of hue;
A landscape of delights,
A mesmerising view.

There’s nothing worse than a good old fashioned cold! 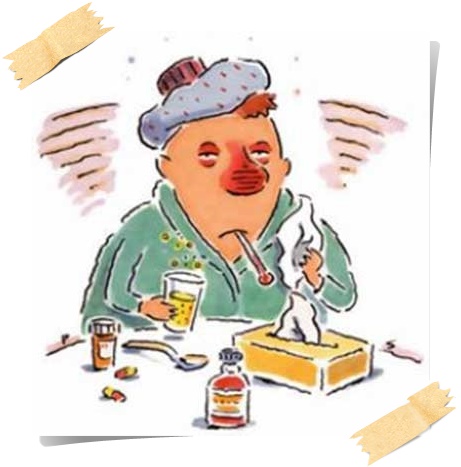 You know how it is
When your head’s full of cold,
When you’re aching and miserable
And feeling quite old.
Your sinuses blocked,
Your nose a bright red,
Fighting the urge
To just go to bed;
Taking the tablets
That the wife said you should,
Never really knowing
If they do any good,
Hoping it’ll be gone
In the next day or two,
And hoping like mad
The wife doesn’t catch your cold too!

I use this South African word a lot – so just in case you don’t know what it means…. 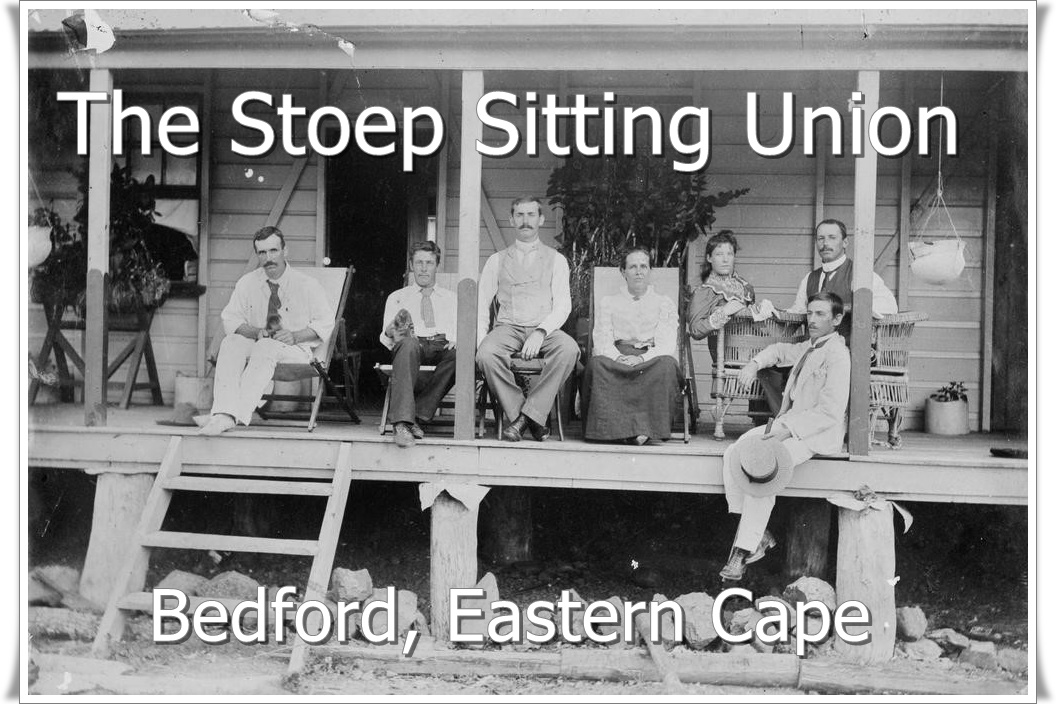 It’s like a porch, or veranda,
Or even a large balcony too,
A place to sit outside,
Maybe take in the view.
It could be in town,
Possibly out on a farm
Either way stoep sitting
Has its own special charm.

It’s a place to chill out,
A place to contemplate,
To drink coffee or tea,
To ponder life’s fate.
It’s where you drink wine
With friends who have gathered,
Or where you sit and snooze
When you just can’t be bothered.

Somewhere to quietly read a book,
When you’re in the mood,
Or to savour a plate
Of your favourite food.
It’s where gossip is updated
And opinions expressed,
And sunsets are watched
As the day’s put to rest.

I take Jess, my border collie, for an early morning walk every day.. it’s a treat for both of us. 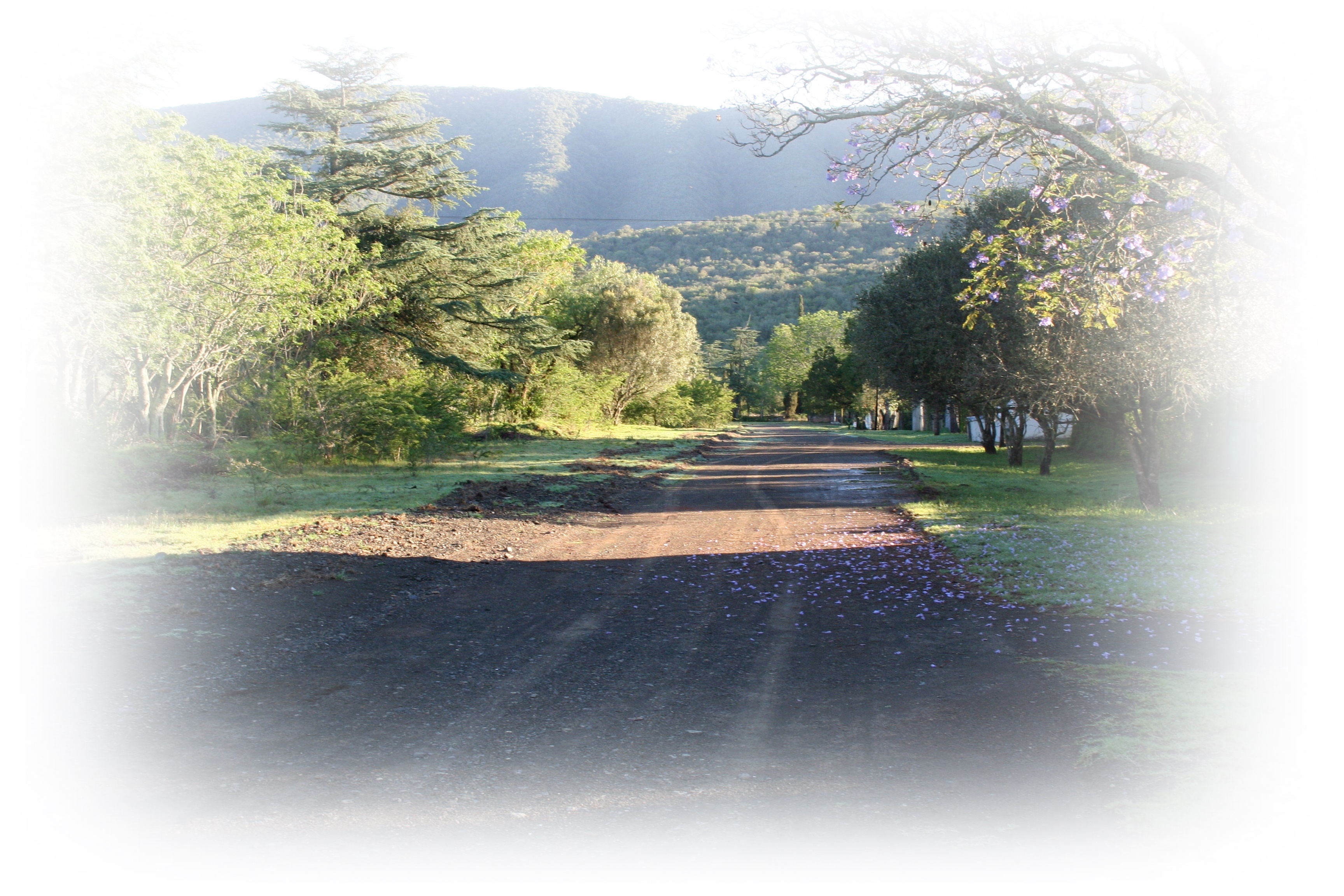 Its six in the morning,
Bedford’s still sleeping,
The new day’s sun
Over the mountain just peeping;
The air still fresh
From its night time chilling,
A sense of utter peace,
Both eerie and thrilling.
A clear blue sky,
No clouds detected,
No sign of any breeze,
The stillness perfected.
And as Jess and I walk
The quiet, empty streets
I try to digest
All of the new day’s treats.
The best time of the day,
Of that there’s no doubt,
And we have it to ourselves,
No one else is about.
It’s like a gift we’ve been given,
Our own special prize,
Jess and I walking
Just after sunrise. 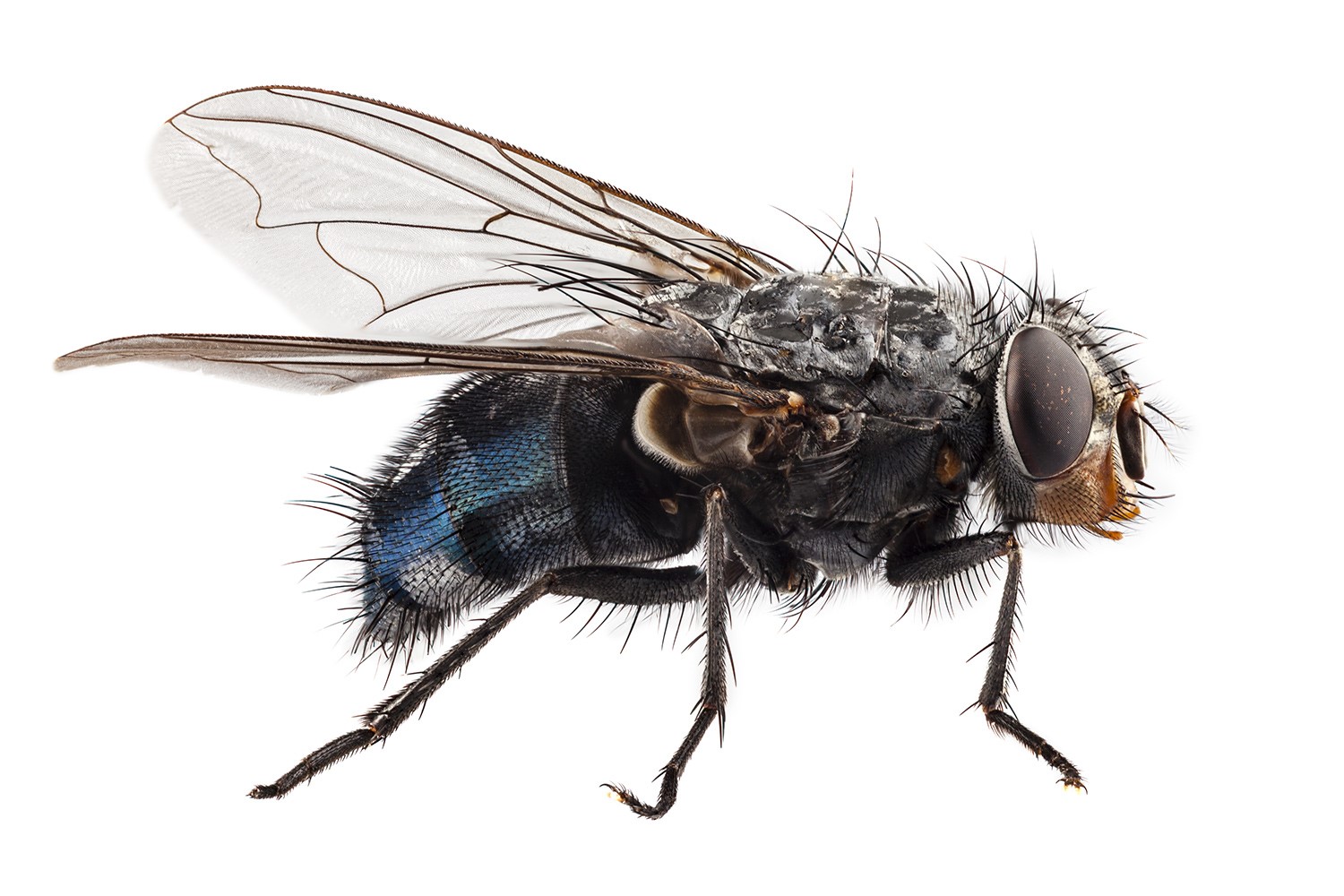 The fly found me
As on my sunbed I rested,
Buzzing about my head,
My short fuse sorely tested.
Why flies? Why me?
Aren’t there other attractions?
All I wanted was five minutes
Without any distractions.

From my head to my arm,
From my arm to my knee,
This fly had decided
It rather liked me.
If its aim was to annoy
It was certainly succeeding,
All I wanted was five minutes
With the book I was reading.

I brushed it away,
But it still persisted,
And my very best swearing
It completely resisted.
At every new invasion
I felt its tingling touch,
Trying to bite or infect me?
It was all getting too much.

So I closed my chapter,
The plot would have to wait,
That annoying, buzzing fly
Had now sealed its fate,
And with the book I’d been reading
I now tried to swat it,
And after my five minutes of time
I finally got it.

Moving to the Karoo has made me realise the joy there is to be found in a more simple lifesyle. 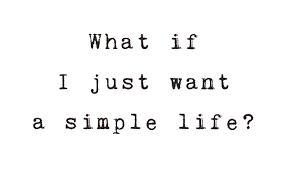 A life more simple
Is what I used to crave,
If I distanced life’s stresses
Perhaps I’d distance the grave.
Getting closer to nature,
Less controlled by man-made;
The colour of my life
Needed a much softer shade.
I needed to learn more
About what’s important to me
And from life’s false pretensions
I had to break free.

So the move was made,
The bullet was bitten,
And by the much simpler life
I’ve truly been smitten.
A shift in my focus,
On what gets my attention,
My old corporate days
Now don’t get a mention.
And as I make friends with nature,
In her various disguises,
I’ve discovered another world,
A world full of surprises.

Now I can just sit on my stoep,
Engaged in idle chatter,
Not worrying about the time
Because time doesn’t matter.
Listening to the birds singing,
Quietly observing them drink,
Seeing clouds kiss the mountains,
Watching their shadows shrink,
Awed by the Karoo landscape
By its harsh rugged charm,
As the buck roam freely
Across our neighbour’s farm,

And as the day ends
And dusk slowly nears,
The kaleidoscope of colours
As the sun disappears;
Then that magical joy
Of a star filled sky;
That’s the life more simple,
Why not give it a try?